January 09, 2016
An investigation into illegal drugs lead Sanilac Drug Task Force armed with a search warrant to a residence in the 250 block of Croswell Rd. Croswell shortly after midnight, January 9th.
Seized were packets of pre-packaged “field tested” cocaine, two long guns, safe, drug paraphernalia, and over $800 in cash.
The resident, a 71 (seventy-one) year old male was arrested and transported to the Sanilac County Sheriff’s Corrections Division and released pending lab analysis of the seized drugs. Investigators were assisted by Croswell Police Department and the Sanilac County Sheriff’s Uniform Service

January 11, 2016
The Drug Task Force is assisting the Sandusky Police Department on a suspected Heroin Overdose Death at an apartment located on S. Morse St. Sandusky that was called in on the morning of Jan. 11th.
Investigators obtained a search warrant and recovered suspected heroin, prescription medications, marijuana and other drug paraphernalia that may be tied into the death of a 36 year old Deckerville man.
The apartment where the death occurred was rented by a 47 year old male who was arrested and charged with possession of heroin and maintaining a drug house. The death investigation is ongoing.

January 16, 2016
On Saturday evening, January 16th the Sanilac Drug Task Force, with the assistance of the Sanilac County Sheriff Uniform Services and the St. Clair County Sheriff’s K-9 made a traffic stop and seizure of “field tested” Cocaine, Heroin, and Marijuana in Marion Twp. In addition to the seized drugs in the traffic stop was a 2006 SUV and $750+ in cash.
A requested search warrant was issued and additional illegal controlled substances were found in the 7100 block of Maplegrove Rd. Palms (Delaware Twp.).
The search warrant at the residence resulted in seizure of marijuana, plants, illegal prescription pills, suspected ecstasy, cocaine, and packaging materials supporting drug sales along with over $1,500 in cash.
The 43 year old driver / residence occupant was transported to the Sanilac County Sheriff’s Correction’s Division for booking and was released pending lab analysis of the seized drugs.
Information provided by Sanilac Drug Task Force Director, Jim Johnson. 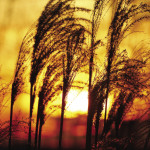