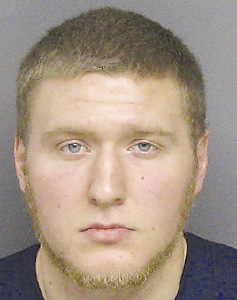 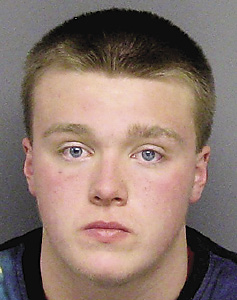 The last two of the four suspects have been arraigned in the December 10, 2014 Malicious Destruction of Property crime spree that occurred throughout that night in Lexington and Worth Townships.
The original incident came to an end in the early morning of December 10th when Sheriff’s Deputies arrested four male suspects on Townsend Road near Babcock Road following multiple residences and vehicles being vandalized in the Lexington and Worth Township area.
Reid Brywig, 19 of Croswell and Mitchell Freer, 19 of Croswell were arraigned Monday, August 17, 2015 on charges of Felony Malicious Destruction of Building; Felony Conspiracy to Commit Malicious Destruction of Building; Felony Malicious Destruction of Personal Property and Felony Conspiracy to Commit Malicious Destruction of Personal Property. Brywig and Freer are out on bond pending a Hearing scheduled for August 25, 2015 at 10:00 a.m.
The case was handled by the St. Clair County Prosecutor’s Office, who is serving as the designated Special Prosecutor by the Michigan Attorney General’s Office in this case.
Sheriff Biniecki stated, “It’s been a long process, but now that all four suspects have been formally charged and held accountable, I am hopeful it will bring closure to the many victims”.
Information provided by the Sanilac County Sheriff Department.