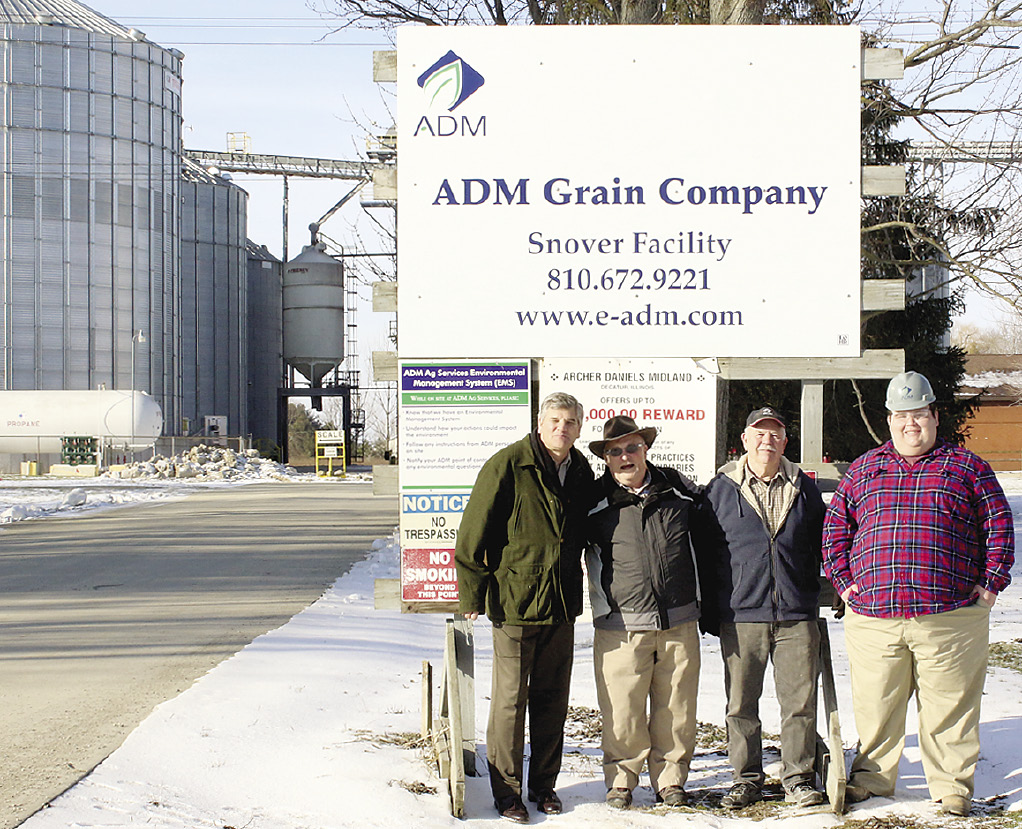 Heritage United Methodist Food Bank in Snover and Countryside Free Methodist Food Bank in Sandusky were recently the recipients of a very generous donation, each receiving $1,611.42.
This offering was able to be given thanks to the unselfishness of area cash crop farmer, Gary Schell and ADM (Archer Daniels Midland Company).
Schell approached Nick Schatter, Merchandiser, at ADM Grain Elevator in Snover, with a proposal of sorts, bringing in a load of corn and saying that he would donate the monetary worth of that load, if ADM would match it. And the company did.
When Shell was asked why he gave this donation of approximately 500 bushels of corn, he commented that he did it in memory of his wife, Sally, who passed away six months ago. Sally was a school teacher for 37 years. She taught at Cash School, located south and east of Sandusky, Snover School and at the elementary level in Sandusky.
ADM has three facilities in the area, the grain elevator in Snover, which buys corn, wheat and soybeans; an edible bean plant in Ubly; and an edible bean processing plant in Reese.
This isn’t the first time that ADM has been committed to area residents – distributions of food were held in 2014 at the ADM Elevator in Snover and also in conjunction with Heaven Sent in Marlette.
“Archer Daniels Midland Company is one of the largest agricultural processors in the world. Serving as a vital link between farmers and consumers, they take crops and process them to make food ingredients, animal feed ingredients, renewable fuels and naturally derived alternatives to industrial chemicals.
Because everything ADM does begins with agriculture, their partnership with the farming community is vital. Farmers are essential to the overall economy, and that’s why they work to be essential to them – creating thousands of products from their crops, hundreds of markets for their crops.
Founded in 1902 and incorporated in 1923, ADM is headquartered in Chicago, Illinois, and operates processing and manufacturing facilities across the United States and worldwide. Through its extensive global distribution facilities and capabilities, ADM makes a significant contribution to the world’s economy and quality of life.”
Both Pastor Coleman and Rev. Donald Derby were quick to say that there is a definite need in the area for the food pantries, and were very thankful for the donation. 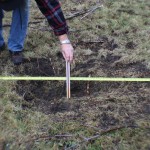 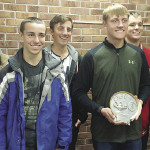