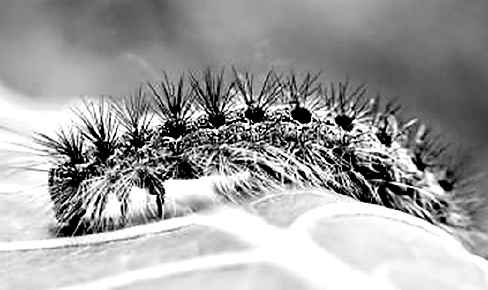 Following defoliation by gypsy moth caterpillars last year across much of the northern Lower Peninsula, Michigan residents across the state may start to notice the loss of leaves on oak, aspen and maple trees again this year.
Gypsy moths are an invasive species, a term for non-native pests that can cause harm to native species and ecosystems. In its caterpillar life stage, the insect is a voracious leaf eater. Large numbers of gypsy moth caterpillars caused widespread defoliation in the state from the mid-1980s to the early 1990s. A large population in 2020 may lead to more caterpillars hatching this spring in localized areas across Lower Michigan.
Last year, defoliation was heaviest in Alcona, Alpena, Montmorency and Oscoda counties, with more localized outbreaks from Manistee south into Newaygo County. Department of Natural Resources forest health experts say it is likely that gypsy moth caterpillar populations will crash in some areas while they thrive in others. Heavy defoliation likely will become visible within the next month in localized outbreak areas and persist through mid-July.
“Gypsy moth caterpillars rarely kill trees in Michigan,” said James Wieferich, DNR forest health specialist. “Only stressed trees suffering from problems like drought, old age or root damage are at high risk. In most cases, gypsy moth caterpillars are more of a nuisance in residential areas on houses and in yards than in the woods.”
The leaf-eating caterpillars are hairy, up to 2 inches long and have a pattern of blue and dark-red spots. Male moths are dark buff in color and fly; females are white with black, wavy markings and do not fly.
The best thing people can do to reduce the effects of pests like gypsy moth on their trees is to promote tree health.
“Water trees regularly and avoid damaging the roots and bark,” Wieferich said. “That goes a long way in helping trees fend off the effects of defoliation.”
Mature forests normally can withstand heavy gypsy moth defoliation with little impact. Defoliated trees will begin to develop new leaves in July to replace those that were eaten. Even heavily defoliated trees will recover without serious long-term effects. However, consecutive years of mass defoliation will start to take a toll, even on the healthiest of mature trees.
Gypsy moths were first discovered in Michigan in 1954. By the 1980s and 1990s, large gypsy moth populations cycled through Michigan, defoliating up to a million acres in some years, said Scott Lint, DNR forest health specialist. At that time, the moths were new to the state, and the population grew rapidly without natural control from parasites, predators, and pathogens.
In 1991, a fungal pathogen found to be killing gypsy moth caterpillars in the northeastern states was deployed in Michigan. This fungus, Entomophaga maimaiga, proved an effective biological control, remaining in the soil from year to year and infecting gypsy moth caterpillars that come in contact with the soil or with other infected caterpillars. Moist soils help to activate the fungus and spread it among gypsy moth populations.
Nucleopolyhedrosis virus is a naturally occurring virus that kills caterpillars. NPV can spread quickly during major gypsy moth outbreaks, causing a population crash. This virus also was artificially distributed in Michigan in the 1990s with positive effects.
To determine whether NPV is at work in a certain location, look for dead caterpillars attached to tree trunks in an upside-down “V” position. Caterpillars affected by the E. maimaiga fungus also remain attached to trunks but hang straight down.
These natural enemies of the gypsy moth are now well-established across Michigan and are actively reducing populations. To date, these pathogens have limited the size and length of outbreaks to just a few years, eliminating the need for spray programs.
Variety of ways to handle a gypsy moth outbreak
For residential areas, several Michigan counties, local governments and/or property owner associations conduct surveillance in the fall to determine if populations are reaching an outbreak level. If treatments are needed, an aerial pesticide application will target highly infested areas.
Michigan communities considering a gypsy moth spray program should seek licensed pesticide applicator businesses familiar with the complex pesticide laws, including notification and permitting requirements.
A list of Michigan businesses licensed to apply pesticides is available at Michigan.gov/MDARDPABL. Additional information about pesticide laws and regulations is available at Michigan.gov/MDARDPestCert.
To address a gypsy moth infestation in a handful of individual trees, homeowners can purchase a spray containing Bacillus thuringiensis var. kurstaki, a bacterium that naturally occurs in the soil but can be lethal to certain caterpillars and moths. The best time to spray is when caterpillars are small, usually mid-May through early June. If you decide to apply pesticides on you own property, be sure to choose an EPA-registered pesticide and apply it according to label directions.
Caterpillars move up and down trees, often massing on tree trunks. During this time, spraying caterpillars with a mixture of dish soap and water or scraping caterpillars into a bucket of soap and water also can be effective.
To learn more about gypsy moth caterpillars, visit the MSU Extension website. 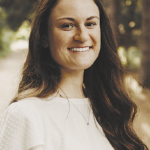 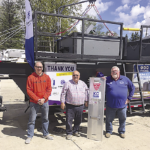