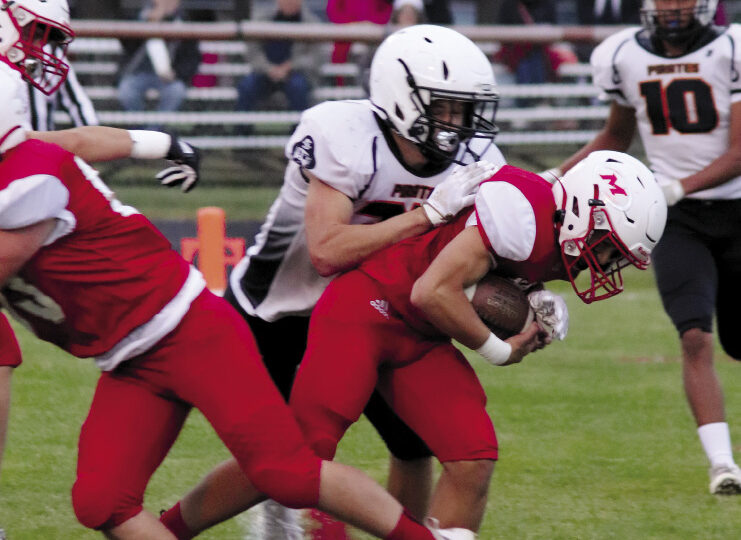 Marlette hosted Harbor Beach for their Homecoming matchup last Friday and things started out great for the Red Raiders when Quintin Sartin ran in the first score of the game on a 3 yard rush. Logan Malloy completes the two point conversion. Harbor Beach then took the reins and never let up, scoring three more touchdowns in the first quarter before adding another two in the second quarter to bring the score to 40-8 at half time. Harbor Beach would add 16 more points to their tally before the night was over, and though Marlette’s Adam Wilcox was able to get free for a touchdown with six minutes to go in the game, the score was insurmountable. “Harbor Beach beat us up tonight.” stated Marlette Head Coach Denny Lester, adding “We did not execute at all. We did not compete. We need to learn from our mistakes and improve.” Marlette combined for a total of 152 yards of offense on the night. Quintin Sartin went 2 of 6 for 63 yards passing and 35 yards on 15 rushing attempts. Adam Wilcox had 27 yards on two rushes, Logan Malloy had 21 yards on 10 attempts and Westley Chapin added 11 yards on 4 attempts. Westley Chapin also had 1 reception on the night for 55 yards. Marlette travels to Memphis this Friday as their record moves to a respectable 3-2 with the hard loss to Harbor Beach. 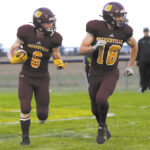 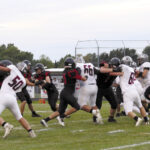 Next Story:
Sandusky Loses to Cass City in Nailbiter