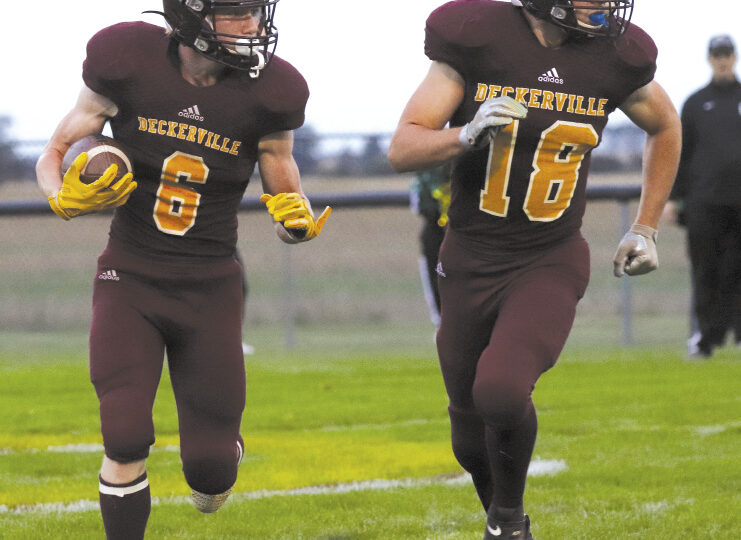 Oakland Christian came to play football against the Deckerville Eagles last Friday, with both teams playing a good offensive and defensive game, but Oakland Christian pulled off the win, 52-44.
The Eagles won the toss, and opted to receive, but didn’t score. Oakland got the first touchdown with a little over 8 minutes left in the first quarter, and got the 2-point conversion. It was the only score in the first quarter.
With the clock only counting off a couple of seconds in the second quarter, Oakland scored again, with the conversion failing, for a 14-0 lead. With just under 8 minutes left in the second quarter, the Eagles got on board, and scored again with a little over a minute left in the quarter, for a tie ball game. But, Oakland scored again, with 1:11 on the clock, for a 22-16 half-time lead. The Eagles kicked off to Oakland for the third quarter, and they scored with 11:46 on the clock, for a 30-16 lead. But, Deckerville wasn’t done yet, scoring with 11:31 on the board, making it a 22-30 game. The Eagles scored again, with just under 9 minutes on the clock, for a 28-30 game. Oakland answered back, for a 38-28 lead with 7:33 on the clock. With just shy of 5 minutes left in the quarter, the Eagles scored again, making it Deckerville 36, Oakland 38.
Oakland controlled the fourth quarter, sealing the win.
Peter Lapp was injured early in the game, but Dylan Ball stepped up, and was 33-280 yards in the game, scoring 4 touchdowns. (Lapp was 11-77 yards). Hunter Garza was 13-8, with a conversion score; Kris Kosal 2-6. Deckerville was 47-371 rushing.
Hunter Garza was 7-13 passing for 60 yards, with 2 touchdowns and an interception. Derek Osborne was 2-38 receiving, with a conversion, Connor Palmer 1-9, for a touchdown and conversion, and Kris Kosal, 4-13 with a touchdown.
The Kingston Cardinals made an appearance at the game (their game with Flint was cancelled), and will take on Deckerville this Friday on Deckerville’s field. 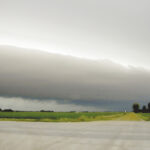 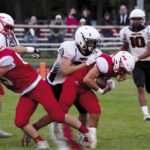