On Mowerson Road, just outside of Brown City, there lies a hidden gem. Summer Wind Farms Sanctuary has been an established USDA licensed exotic animal sanctuary since 1992. For the past 25 years, Summer Wind Farms Sanctuary has served as a haven for over 200 exotic animals. The sanctuary opened to the public nine years ago, asking the public for their help in caring for the animals.

“The requirements for sanctuaries are getting harder and harder,” explains owner Chuck, “making it more expensive to operate.”

A ranch fox takes advantage of a perfect vantage point high in the enclosure.

On a tour of the sanctuary, Chuck walked to every animal enclosure, sharing the animals’ life stories as if they were family. The sanctuary rescues animals from across the country, many of which have been abused or neglected. The animals are acquired from other sanctuaries and zoos that have closed, as well as hunting facilities, breeding mills, and private owners who can no longer care for them.

Some of the animals are even former mascots or movie stars. 31-year-old tiger, JJ, used to walk the bases at Comerica Park for the Detroit Tigers, while the younger tiger,Lilly, used to serve as a mascot for a high school football team. Some of the other tigers have had appearances on television shows like The Ellen Degeneres Show and the Jay Leno Show.

Although Summer Wind Farms Sanctuary is relatively new to the general public, owners Chuck and Rita are well known in the animal world and have appeared on the Discovery Channel, National Geographic’s “Animal Intervention,” and news programs.

“They like people,” Chuck says of the animals. Visitors can walk to every animal’s enclosure and get up close and personal with the animals. 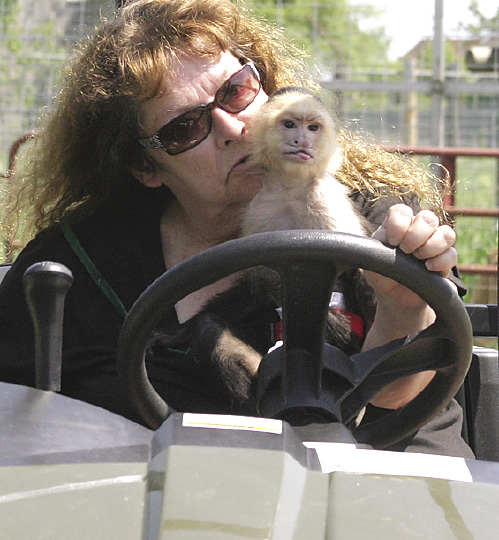 Rita and Mr. Peppers make the rounds and doing chores at the sanctuary Summer Wind Farms.

Summer Wind Farms not only serves as a haven for the animals, but also provides the public with the rare opportunity to be educated about the exotic animals.

Guided tours by volunteers are given by appointment only. Private tours are $10 for adults, $8 for senior citizens and children 12 and under, and are free for “cubs” (2 and under).   The sanctuary also gladly accepts donations to help with the expenses to care for the animals.

For more information visit Summer Wind Farm’s website, swfsanctuary.org. To schedule a guided tour and to hear all of the animals’ stories call  378-4991. 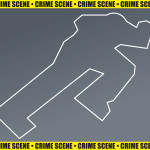