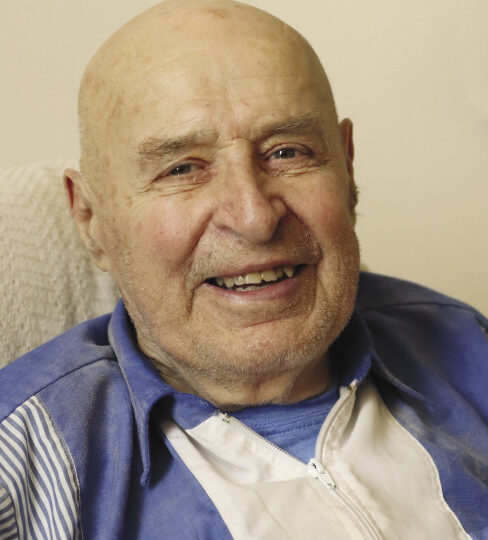 Dr. Jim Turbok, 89, a resident of Deckerville since 1957, is this year’s parade marshal at Deckerville’s Goodtimes in Deckerville. He will be riding in the parade this Saturday, which starts at noon, as part of the festivities.
Jim has not only been a resident of Deckerville for the past 65 years, but also played a very relevant role in what was once known as Deckerville Veterinary Clinic. He, along with his wife, Barb, were also very involved in the community. Jim was on the Advisory Committee at Deckerville Schools, helping with FFA projects, a 4-H leader for over 40 years, and he and Barb were named Friends of the Youth for Deckerville Schools. Located inside of Jim’s house is a “Wall of Fame”, in which numerous awards that both of them had received over the years are proudly displayed.
Jim and Barb were blessed with two children, Mike and Karen. Jim is the proud grandparent of seven and great-grandfather to 15. A woodcarver since the age of 12, Jim, now retired, spends numerous hours carving – making beautiful keepsakes for his family. Jim and Barb were married a little over 50 years before Barb passed away.

Jim graduated from Michigan State University, earning his degree as a veterinarian. Jim said that he should have never been accepted into the vet school as “I wasn’t a great student”. But, he had a good interview – as his love for cattle and experience from working with cattle helped. At the time that he applied for vet school, only 64 students out of 2,500 applicants were accepted. Now, 115 students are accepted. When Jim graduated from MSU, Bob Muir, already a veterinarian in the Deckerville area, was looking for a partner to help him, and Turbok was a perfect fit. They became partners in what was known as Deckerville Veterinary Clinic in 1958. Duane Schroeder later became a partner, and the clinic, now known as Thumb Veterinary Services, has grown dramatically, with 11 vets on staff. (The name Deckerville Veterinary Clinic is still associated with them – and is nationally, and even internationally, known. According to Jim, “The clinic always hired right”). Jim retired in 1997.
Originally from the Prescott – Au Gres area, Jim had the opportunity to help on his uncle’s farm, which included dairy. Throughout the years, 200 acres were acquired, and by the time Jim was 16, his uncle decided he did not want to farm anymore, so Jim took control of it. They had started out with 12 cows, and eventually added 12 more. At that time, milk sold for $3.25 per hundredweight. Jim had help from a neighbor down the road, as he was still in school. He said that he is probably the only veterinarian in Michigan to witness “black leg” (Blackleg is an infectious, non-contagious disease caused by Clostridium chauvoei. The infection occurs when animals ingest bacterial spores while grazing. The bacterial spores penetrate the intestine and get into the bloodstream to the skeletal muscle, causing the animal to have a slight limp). The black leg was brought into the area via train, which was how cattle were transported. Cattle are now vaccinated for it.
He met his wife at the beach in the area, where he and a friend were swimming (two guys, two girls). Barb’s dad was a caretaker at a farm which bordered his land. Jim got to ride the school bus with Barb, where they got to know each other better. The couple were married while Jim was in college, where they lived in “army barracks”.
Dr. Gary Collings worked as an employee and partner with Jim for 15-20 years. He retired in January of 2020. He said of Jim, “Dr. Turbok was instrumental in making Deckerville Veterinary Clinic the premier and largest dairy practice in the state of Michigan. He was well-rounded and so knowlegeable, especially with the dairy. He was a mentor to both Mark Fox and me, as well as 100’s of students that went through the clinic. Dr. Jim was the backbone of Deckerville Vet Clinic and the main surgeon for many years.”
Dr. Mark Fox added, “Dr. Turbok modeled professionalism. He cared for all of us young veterinarians and our families.” He added, “He was like a surrogate dad of sorts to me (as his dad had passed away).” Dr. Jim and his wife even made a trip to Lansing to take Mark and his wife out to dinner before Mark had decided to come to Deckerville. Once the couple came to Deckerville, Jim and his wife took them under their wings. Mark said that Jim had a soft heart, but when you went to him after making a mistake at a farm, he’d let you know about it, but was also understanding and patient. All of the young veterinarians under Jim would try to replicate what they had learned from him.
Congratulations to Jim Turbok, this year’s Deckerville parade marshal. 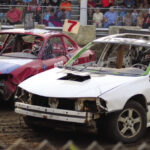 Next Story:
The Sanilac County Youth and 4-H Fair Board Is Proud to Announce Flying Star Rodeo and the USA Figure 8 Derby Events

One Reply to “Jim Turbok to Serve as Deckerville Parade Marshal”