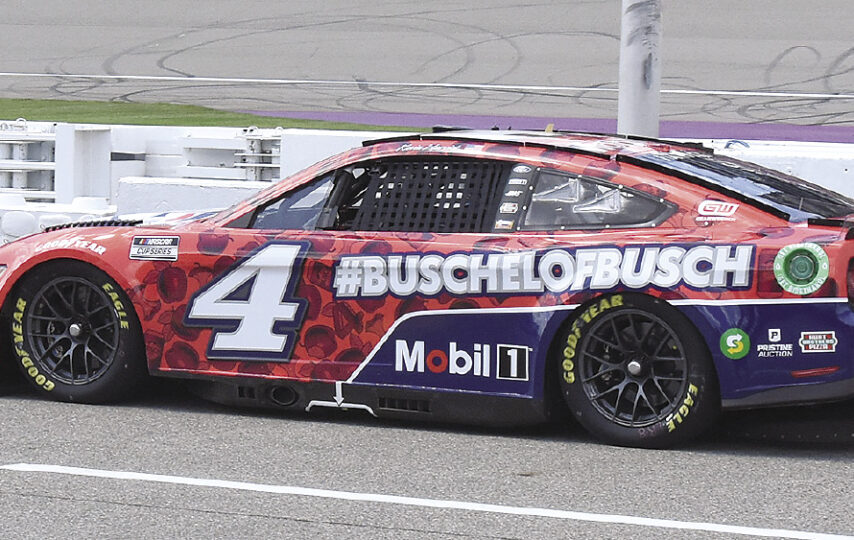 Hearing protection is recommended at Michigan International Speedway(MIS), but you would be forgiven for thinking you could do without. The thrum of the engines is dull as you enter the facility but becomes deafening the closer you get to the track. The noise fades as you enter infield tunnel but explodes as you exit into the infield. Race teams in full fire suits and scantily clad race fans were bearing the full brunt of the heat but NASCAR takes good care of their media, and though the temperature and humidity were in the 90’s, the air conditioned media center was kept at a comfortable 68 degrees.
The media were served lunch and dinner on Saturday and breakfast, lunch, and dinner on race day. A fridge stocked with enough bottled water and pop to feed an army was also fair game to anyone covering the race.
MIS, like many NASCAR tracks, has a massive infield with several areas to camp for the weekend, and this year’s race marked the first time in 10 years at MIS that all camp spaces sold out. More than 50000 fans braved the heat and the rain to sit in the grandstands on Sunday at MIS along with the thousands sitting in lawn chairs on top of their rv’s and campers in the in infield.
Michigan International Speedway bills itself as the “fastest track in NASCAR,” and it certainly lived up to that slogan in the first half of the weekend, with average speeds eclipsing 190 mph in qualifying. The rain did slow things down on Sunday, with average speeds hovering closer to 137 mph thanks to seven caution flags over thirty-six laps. Kevin Harvick and his number four Busch Light Apple #BuschelofBusch Ford led for the final 38 laps of the race and took home the win. Harvick started at 16th on the grid and a lucky decision to pit one lap before a collision between Christopher Bell and Ross Chastain brought out the final caution flag of the race put Harvick in the lead as the race resumed.
The win at MIS marks Harvick’s sixth at the course, snapping a 65 race streak without a victory. Harvick pulled away from the field after the field restarted with just 35 laps to go and never gave up the lead. “Anyone who doubted us doesn’t know us.” Stated Kevin Harvick of the win. 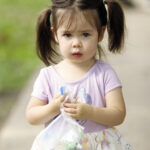