On Sunday morning, at approximately 9:55 a.m., Matt Gezequel, part-time police officer for the Village of Deckerville, responded to a call at Brown’s Market in Deckerville, of a white male, pulling a knife on a cashier.
The 30-year-old asked for three cartons of cigarettes, but when asked for payment, allegedly pulled out a knife. The man, who lives in the trailer park across the street from the grocery store, ran out of the store, saying that he would be back with a gun. Video evidence shows the man waving the knife, which was recovered during the arrest.
Along with Gezequel, Sandusky Police and the Sanilac County Sheriff’s Department took the man into custody at the trailer park.
The suspect, apparently purposely coughed on the officer, saying that he had COVID-19. Officers took the man to be evaluated, (testing negative) and he was then lodged in the Sanilac County Jail.
The suspect was to be arraigned on Monday. 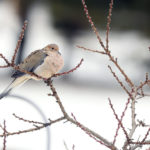 Next Story:
Prosecutor Young to Retire