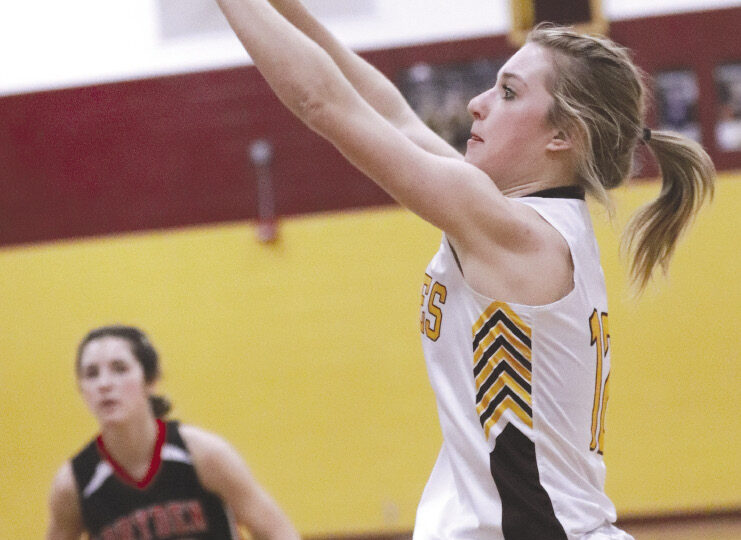 The Lady Eagles traveled to Peck last week, defeating the Pirates, 43-29.
Deckerville had a 14-3 lead and never looked back. At the half, the score was Deckerville 24, Peck 12. The Lady Eagles added 11 points in the third quarter, holding the Pirates to 2. The Eagles were outscored in the fourth quarter, 15-8, but it wasn’t enough to overcome Deckerville’s lead.
The Eagles were led by Libby Tank with 17 points, 20 rebounds and 4 steals. Shelby Flanagan and Mya Garza both contributed 9 points, with Garza stealing 6 times. Brooke Barker had 3 points in the game, Jessie Heilig 2 points, Johanna Kubacki 2 points, 4 steals, 3 assists and Cassandra Trigger, 1 point.
The girls hosted Dryden last Thursday, taking the loss by 11, 36-47.
The Eagles led after the first quarter, 13-8, and trailed by 1 at the half, 25-26. Deckerville added 8 points in the third, with Dryden scoring 10 points, giving them a 3 point lead, 36-33. Dryden controlled the fourth quarter, adding 11 points to their total, holding the Lady Eagles to only 3.
Coach Doug Kirkpatrick said, “We have to do a better job of taking care of the basketball.”
Libby Tank led the Eagles with a double double, scoring 14 points and had 14 rebounds. Johanna Kubacki added 8 points. Mya Garza had 6 points in the game, Shelby Flanagan 5, and Sophia Sanford 3 points and 13 rebounds. 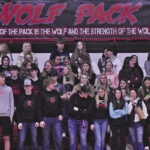