Sandusky Schools will have some big shoes to fill next fall as a pair of long-time educators have announced their retirement.
George and Debbie Lasecki first arrived in 1992. The pair made Sandusky their home and embraced not only the students but the community as a whole.
Debbie, an elementary teacher and George, high school mathematics, were just the titles for the day job.
Their overall efforts for the betterment of students was almost overshadowed by the stunning number of good works performed throughout the community.
Multiple park projects in Sandusky and beyond, a sixty ton tank for the VFW Hall, Veteran’s Memorial and Flags of Remembrance are just a few of the notches on their bar of results.
George would tell you that, he personally did not accomplish those things listed herein, but rather assisted the students with projects and goals worthy of achievement.
Thus far you have read about a very few of the overall civic accomplishments. Perhaps most impressive is the educational and character influence felt by thousands of students.
George’s mathletes have regularly earned top honors in academic competitions. He always believed in his students, even at the times when they didn’t believe in themselves.
The pair have no immediate plans for a departure from the area. George reported that he will remain involved with ongoing projects for Flags of Remembrance and the playground adjacent to the former Christian School on Margaret Street. Best wishes on your retirements! 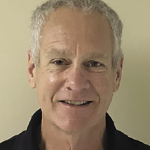 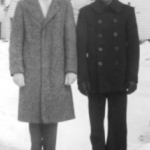 Next Story:
Tubbs Brothers; Long History of Dedication to Community