Students at Marlette High School had plans to stage a walkout in protest of new changes to requirements for Marlette teachers this past Friday, but plans were dashed as the students were informed such actions would deem them ineligible for school sports activity over the weekend.
A compromise was reached that allowed the students to leave class for ten minutes and sit in the cafeteria in protest.
Teachers at Marlette have had to make several changes in the new school year and some of the changes (including eliminating the free time from their in-service hour )have been met with resistance from some of the staff and now a portion of the student body as well. 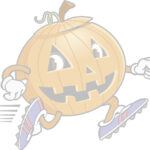