The Sanilac County Sheriff’s Office responded to a report of an airplane crash near the intersection of Ruth Road and Custer Road in Bridgehampton Township, on Tuesday, September 22.
At approximately 2:26 p.m., Sanilac Central Dispatch received a 9-1-1 call reporting that a plane had just crashed in a farm field. Emergency personnel from the Carsonville Fire Department, Sanilac EMS and Sheriff’s Office responded to the scene and found that a 69-year-old male subject and a 64-year-old female subject, both of Harrison Township, made it out of the plane and were walking around.
According to Deputy Chad Adams, the initial investigation revealed that the male pilot and passenger had just left the Sandusky Airport when they started experiencing mechanical problems. The pilot stated that he attempted to make it back to the Sandusky Airport however then decided on attempting an emergency landing on Ruth Road. Due to traffic conditions on Ruth Road he had to cancel and veer off into a field. He then lost control due to the mechanical problem thus crashing upside down in the farm field southeast of the intersection of Ruth and Custer Roads.
The pilot and passenger, who were both conscious and alert, were transported by Sanilac EMS to Deckerville Community Hospital for treatment of injuries.
The plane is described as red and white, two seat, single engine assembled experimental air craft.
According to government records, the plane is registered to Kenneth Vida of Macomb County’s Harrison Township
The nature of the mechanical failure that caused the accident appears to have been a break in the engines oil system.
The Sheriff’s Office was assisted on scene by the Carsonville Fire Department, Sanilac EMS and the Sandusky Airport.
The names of the individuals are being withheld pending the ongoing investigation by the Federal Aviation Administration.
Information for this article was provided by the Sanilac County Sheriff’s Office. 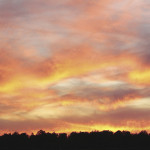