The Peck Pirates left little doubt in the minds of the Big Rapids entourage who the better team was. Playing with a running clock for the second half, the Pirates steam rolled their way to a lopsided 72-14 win over the visitors from the west side of the state.
The victory leaves the Pirates with a 5-1 mark overall, heading in to their homecoming game on Saturday against Kingston. The next two weeks, home games with Kingston and Deckerville, will determine the league champion.
Friday night, there was little doubt of the final outcome. Peck scored 20 points in the first quarter, piled on 28 more in the second and 24 in the third to cruise to the win. As a team, they rolled up over 475 yards of total offense with 429 coming on the ground.
Nathan Rosenthal and Hunter Welsh got the scoring started for the Pirates, scoring on runs of 35 and 38 yards respectively. Welsh added his second score of the evening, this one covering seven yards, just before the end of the first quarter.
Welsh (7 yards and 26 yards) and Rosenthal (1 yard and 20 yards) both added two more TD runs each in a wild second quarter before capping off the win with one more touchdown each (17 yards by Rosenthal and 59 yards by Welsh) in the third. Tatton Saranac capped the Peck scoring with a seven yard run.
Welsh finished the game with five Tds and six more pointsw on point after conversions, gaining 218 yards on just 17 attempts. Rosenthal had four touchdowns on 136 yards rushing (11 carries). The Peck defense allowed only 71 yards of total offense for Big Rapids, 45 coming on the ground. 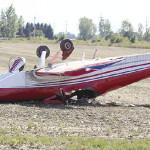