Cyclist Critical after hit by Jeep

A 51-year old Sandusky man was struck by a vehicle last Tuesday evening while attempting to cross M-46 in the area of the Sandusky WalMart entrance.
Sandusky City Police Chief, Brett Lester reports the accident occurred at 7:07 p.m.
The initial investigation revealed that Zackery Hughes, age 19, of Sandusky, was traveling westbound in a Jeep Cherokee when the man on the bicycle, Kevin Crittenden crossed into his path.
According to Lester, Hughes attempted to brake and evade, but still struck Crittenden, injuring him critically. Crittenden’s 10-year old son, operating a different bike, was not injured.
Crittenden was transported to McKenzie Health System before being flown by Life Flight to St. Mary’s Hospital in Saginaw. Crittenden was then air-lifted to The University of Michigan Hospital in Ann Arbor, where he is listed as stable.
Police report contributing factors include the victim’s poor eyesight and setting sun.
Hughes was not injured in the mishap and alcohol was not a factor. 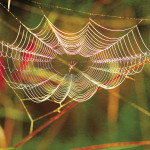