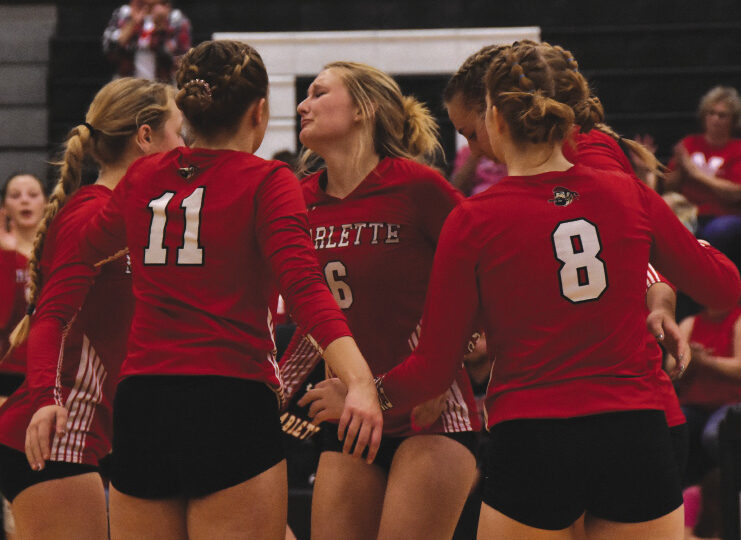 The Marlette Lady Red Raiders volleyball team traveled to Bishop Foley high school in Madison Heights for a Regional Final showdown with volleyball dynasty Shrine high school.
The atmosphere was electric in the gym for the first serve, with noise levels so high the players could hardly hear one another’s callouts.
Shrine took the first two sets without much drama but the Red Raiders stepped things up in the third set.
Marlette rallied for the first few points in the third set before letting the lead slip away. The Red Raiders lost the final set by just 5 points, but to anyone in attendance it seemed even closer.
Marlette capped off an impressive season with their loss to Shrine. Shrine lost to #8 ranked Cass City on Tuesday night.

Next Story:
Lester to Play First Base at Alma