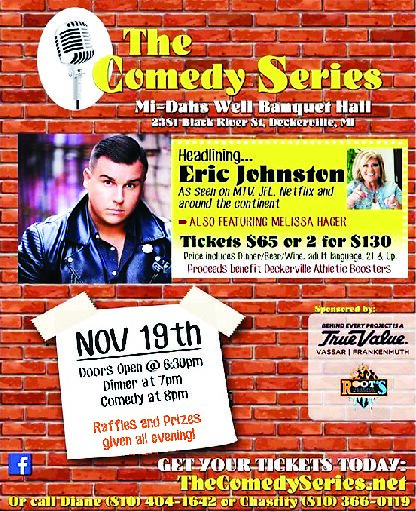 The Deckerville Athletic Boosters are holding an event this Saturday night, November 19, at Mi-Dahs Well Banquet Hall in Deckerville.
“The Comedy Series” will headline Eric Johnston, as seen on MTV, JFL, Netflix and around the continent and will also feature Melissa hager.
Doors open at 6:30 p.m., dinner at 7:00 p.m., and comedy at 8:00 p.m. Raffles and prizes given all evening. Tickets are $65 or 2 for $130 – which will cover dinner/beer/wine. Adult language, 21 and up. Proceeds to benefit the Deckerville Athletic Boosters.
Tickets can be purchased online at TheComedySeries.net, or by calling Diane at 810-404-1642 or Chastity at 810-366-0119. 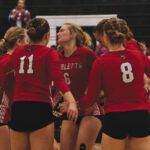