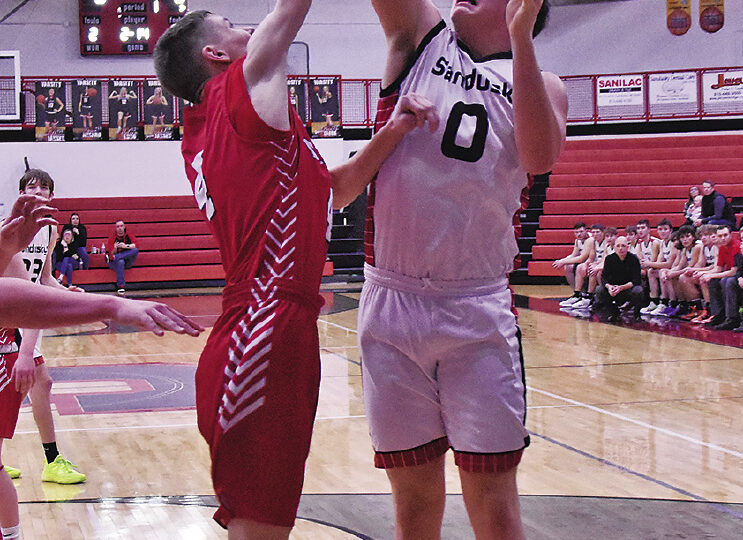 The Sandusky Wolves traveled to Ubly last Wednesday for a matchup with league implications. Sandusky started out hot, outscoring the Bearcats 31-22 in the first half. Sandusky continued their dominance in the second half, outscoring the Bearcats again, 16-11 to take the 47-33 win over Ubly. Sandusky was led by Braden Bender, who put up 15 points, 4 rebounds, 2 blocks, 2 steals and 2 assists. Caleb Minard chipped in 11 points, 2 rebounds, 2 steals and 2 assists in the win. Jackson Kartanys had 8 points, 3 rebounds, and 2 assists. Carson Shampo added 6 points, 2 rebounds and a steal. Kyle guibord finished the game with 5 points, 8 rebounds, 2 assists, a block and a steal. Barry Lester had 2 points and six rebounds in the contest.
The Sandusky Wolves hosted Marlette at home last Friday for a close game with the Red Raiders. The game featured at least a dozen lead changes as each team took turns outscoring the other. Marlette led the game 18-14 at halftime. Sandusky came out firing after halftime with a 19-5 run in the third quarter. Marlette twelve in the fourth quarter but two late free throws from Sandusky senior Kelton Bukoski put the game just out of reach for the Red Raiders. Bukoski was the leading scoring for the Wolves with 10 points, 2 rebounds and an assist. Kyle Guibord chipped in 8 points, 3 rebounds, and an assist. Barry Lester had 5 points, 2 rebounds, and 3 steals in the win. Jackson Kartanys finished with 5 points, 4 rebounds, 2 steals and an assist. Caleb Minard had 4 points and 3 rebounds in the contest. Carson Shampo chipped in 3 points. Andrew Bolsby scored 2 points, and grabbed 3 rebounds. Marlette is now 1-2 in the GTC East and looks to take on Ubly Wednesday at home. Stats for Marlette were unfortunately not provided. Sandusky (3-0) is now tied for first place in the GTC with a chance at the outright title on Wednesday, when they host Brown City at home. Sandusky will have to find an answer for senior standout Gaden Muxlow, who put up a school record 45 points in Brown City’s win in Ubly last Friday. 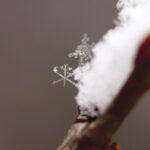 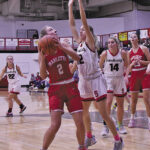