The Sandusky Varsity Football squad traveled to Elkton Pigeon Bay Port to take on the Lakers for their season opener. The Lakers wasted no time in jumping out to an early lead off the back of two runs with made PATs. The Lakers padded their lead with a pair of touchdowns in the second quarter as well, but failed to convert on the point after attempts and brought the score to 26-0 after two. Sandusky clawed back in the third quarter off an 8 yard run from Kyle Guibord but ti wasn’t enough to stop the scoring onslaught of the Lakers, who added three more touchdowns in the third quarter to bring the final score to 47-6. Jackson Reinke led the rushing charge for Sandusky with 44 yards on 5 attempts. Carter KRause rused for 34 yards on 8 attempts and Kyle Guibord rushed for 8 yards and a touchdown on 7 attempts. Guibord also completed 3 passes for a total of 75 passing yards with all 75 receiving yards picked up by Daniel Tovar. Brenden Long and Kyle Guibord led Sandusky in tackles, with 4 a piece. Mitchell Davis, Jackson Reinke and Daniel Tovar eached chipped in 3 tackles in the loss.
Sandusky hosts Bad Axe at home this Thursday for their home opener. 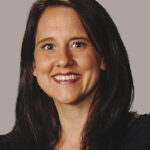 Next Story:
“Early Detection is Music to Our Ears” Digital Campaign