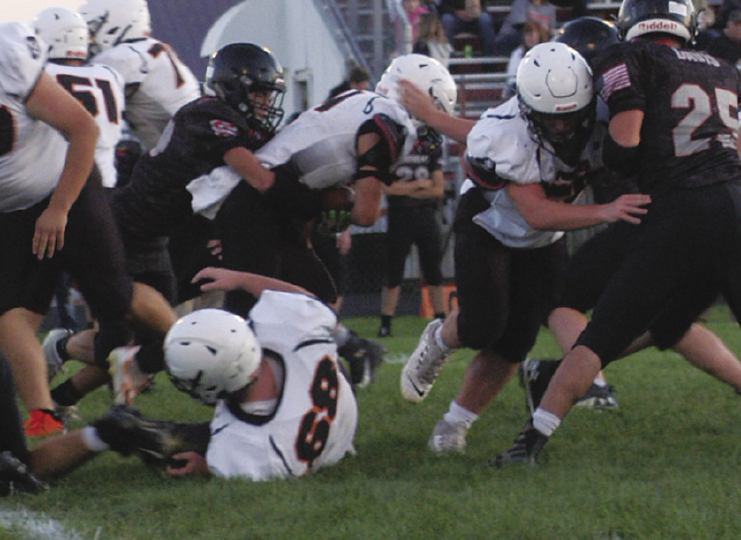 Sandusky hosted Memphis at home last Friday and spirits were high as the ‘Skins opened up an early lead. Martin Tovar walked in the first score from 3 yards and the Redskins converted for the extra two, and not long after, Carter Krause scampered 25 yards to bring the score to 14-0 with plenty to go in the first quarter. Martin Tovar scored two more rushing touchdowns in the first, one from 22 yards and another from the 1 yard line. The score at the end of the first quarter was Sandusky 28, Memphis 0. Carter Krause ran in one from 4 yards to start the second quarter and a succesful conversion. Martin Tovar answered with a 3 yard run before the end of the half but the Redskins failed on the conversion, the score at the half: forty-two to nothing.
The second half scoring started and ended with a 3rd quarter 29 yard run from Tyler Franzel and the ‘Skins failed on the conversion. The score at the end of the 3rd was the same as end of the fourth: 48-0 ‘Skins. The field was sodden and the rain was drizzling through most of the night, so the Redskins only took to the air twice, with one completion for 35 yards.
The Redskins knew they would have to win the game on the ground, and did so handedly on 45 attempts for 338 yards and 7 rushing touchdowns. The ‘Skins averaged 7.5 yards per attempt and averaged less than 7 downs between touchdowns.
The Redskin defensemen were no slouches either and kept Memphis to a startling 46 yards on 26 attempts on the ground, with Memphis only eeking out 60 total offensive yards on the night. The Redskin defense forced 4 fumbles and returned a single punt for 44 yards.
The Redskins move to a 3-5 record overall (3-3 league) and head to Reese to challenge a tough Rockets team this Friday. 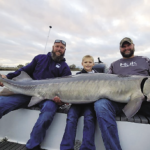 Next Story:
Nine-year-old gets Fishing Experience of a Lifetime