Last June, Sandusky Fireman, Nick Lusher, sat down with his Fire Chief and began discussing the possibility of having an Explorer program. Affiliated with Boy Scouts, Explorers between the ages of 14 and 21 are given the opportunity to extensively job shadow in different fields including law enforcement, medical field, and business field.
The Sandusky Fire Department advertised in the Sandusky High School and online from November to December, resulting in six high schoolers signing up and beginning the program in January.
The Explorers are placed under a 6 month probationary period during which they cannot accompany the Fire Department on fire calls; however, as of Friday, June 26, 2015, Sandusky’s current Explorers’ probationary period ended, allowing them to now attend Sandusky-only fire runs with their mentors Nick Lusher, Howard Schoemaker, Kory Holland, and Matt Harris.
In the case of a fire, one of the mentors contacts the Explorer Captain, who is then responsible for contacting his fellow Explorers.
Although the Explorers cannot enter the fire, they receive plenty of first-hand experience transporting tools and air tanks, assisting with defensive operations, and running outside hose lines. Once the fire is deemed safe, they can accompany their mentors into the structure and extinguish remaining hot spots.
Explorers are given the opportunity to learn emergency call protocols, firefighting policies and procedures, and proper equipment usage.
“They give us an extra set of hands,” mentor Lusher said.
The Sandusky Fire Department’s Explorers made themselves seen during the city’s recent Thumb Festival and helped with the Department’s duties, including washing the sidewalks for the festival, building and racing the Department’s bed for Sunday’s bed races, and participating in the parade.
“We have a really dedicated group. Every spare minute they have, they give,” Lusher said.
Aside from being a crash-course on being a fireman, Lusher explained that the Explorer program is a dialed back version of the Fire I and II class.
“The program is geared for them to have the certification they want when they get out,” he added.
At the conclusion of high school, the Explorers can be offered scholarships, challenge the Fire I and II Test, or take the class.
“I hope to see more of these programs spring up,” Lusher said. “Everyone in the departments are getting older. All the younger guys are gone.”
The Sandusky Fire Department holds Explorer meetings every second and last Thursday of the month. The program is open enrollment and the only requirements for participation are that the student lives in the Sandusky School District and pays an annual fee of $35. For more information please contact the Sandusky Fire Department or Nick Lusher at (810) 837-2820. 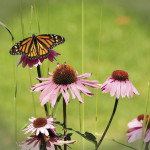