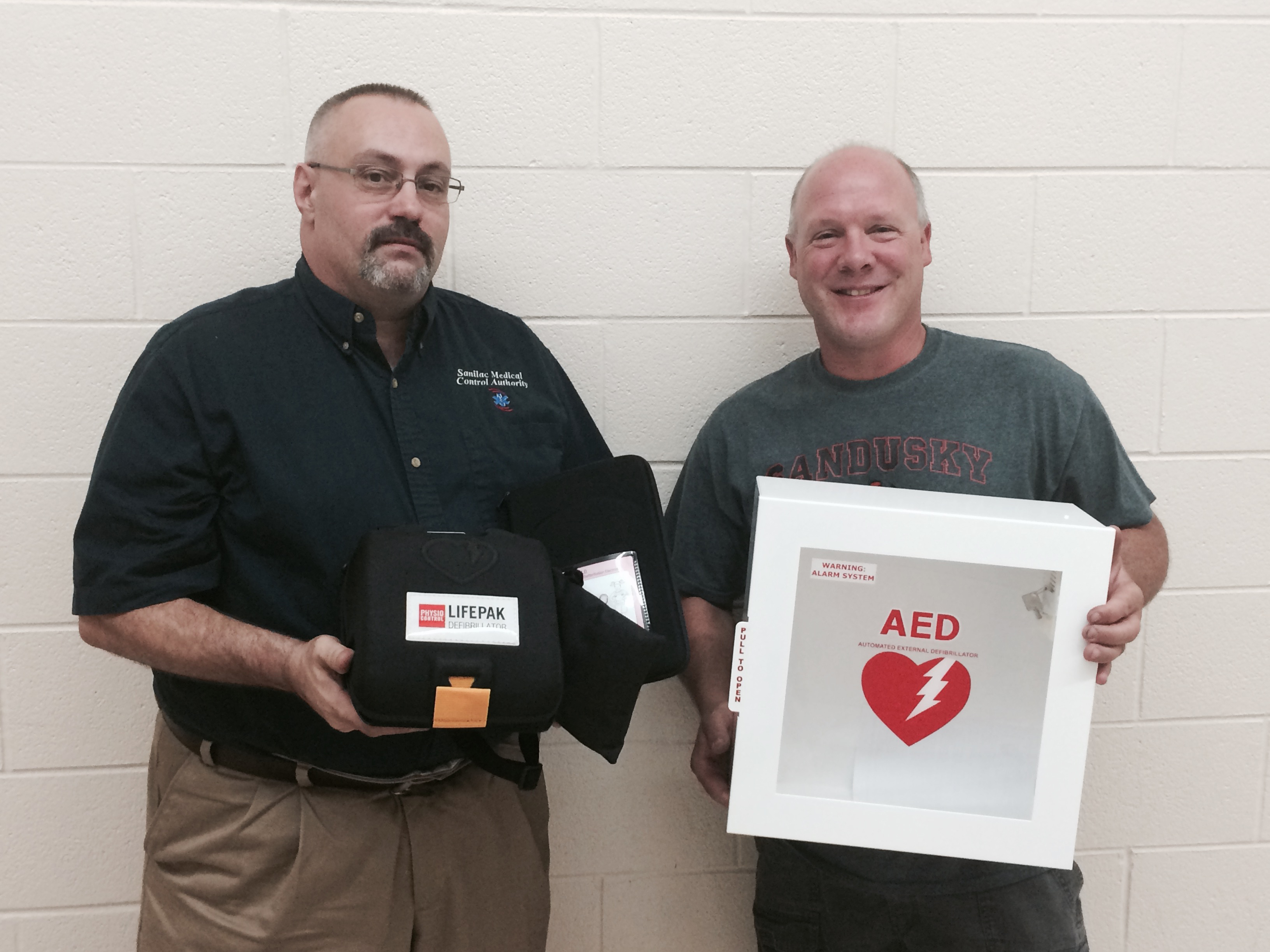 John Cristini and George Lasecki presented five new automated external defibrillators (AEDs) to the Sandusky School system. The pair recently appeared at a Sandusky School Board Meeting and reported that the five units, along with three new wall cabinets, have a retail value of $10,750.
The new devices were paid for by a grant application authored by Sandusky Mathmatics Teacher George Lasecki and approved by Sanilac Medical Control’s John Christini. Christini was also able to secure a grant from the Michigan Center for Rural Health.
The units will be placed in each of the districts buildings, as well is in the bus garage.
Last school year when Maple Valley School closed as a public K-6 building, the AED that was placed in the school office was moved to the ISD office, which made sense since they were in the building. Unfortunately, that meant that after hours the AED would not be readily accessible for activities like Bingo, the senior citizen dances, wrestling practices and whatever else could be going on in the building.
Training of personnel is being planed for the near future.
George Lasecki stated, “Thank you John Cristini and Michigan Center for Rural Health!” 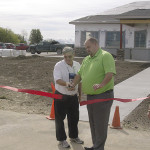