High School football season is back!! 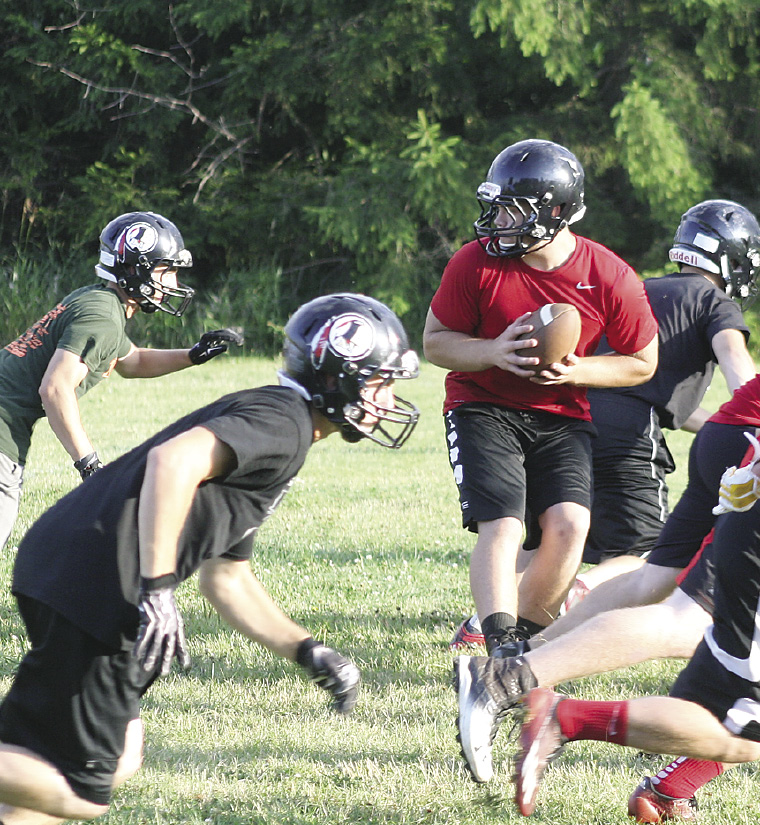 The Redskins will kick-off their season this Thursday night when they play host to GTC crossover foe USA. Sandusky crushed the Patriots in the season opener a year ago.
The ‘Skins remain at home in Week 2, hosting a powerful Reese squad before hitting the road September 11 th when they collide with a much improved Bad Axe squad. Week 4 has the Redskins at home with defending champion Harbor Beach and then they will hit the road for three straight road games with stops at Ubly, Marlette and Brown City.
Sandusky will finish the regular season at home, battling Memphis at Doerr Field on October 16 th and host Capac in a non-league contest October 23 rd.
“We had a talented team, with a lot of good senior leadership and some skilled players,” pointed out third year Sandusky Coach Craig Jacobson. “We worked hard as a team, put together some nice wins and won a game we had to have (Capac) in the end to make the play-offs.” He is quick to point out however, “this year’s team, some of the players have had a taste of that success and we are hoping they will carry that over in to this year. We have good ability at key positions, we are not real big, but have good overall team speed. I am confident this group of seniors will step up and continue working hard to show the way to another successful season.”
Senior Brandon Potter will take over the quarterback duties for the ‘Skins and will have a backfield of power runners Joe Stone and Chase Tucker to give the ball to. Tucker was one of the premier running backs in the area last season and will be key to any success the Redskins may have. Defensively, Coach Jacobson says his team is not real big and will have to rely on quickness to stop their opponents.
In Marlette, the Red Raiders football team will head west to Merrill to begin their 2015 campaign August 28 th and return home the following week to tangle with GTC member Bad Axe. It’s back on the road in Week 3, venturing to Reese for a rugged contest with the Rockets.
Three of the next four games for the Red Raiders will be at home as they entertain Ubly, Sandusky and Memphis. Inbetween those games, on September 25, Marlette will battle GTC-East foe Brown City on the Green Devils home turf. Marlette closes out the regular season with games at Harbor Beach and Armada.
After an opening season loss to a strong Merrill team (46-20) in the 2014 season opener, the Marlette Red Raiders peeled off four straight wins, scoring an average of 42 points per game. On the heels of a lopsided 62-20 win over Memphis, Marlette then clinched a spot in the play-offs with a hard-fought 34-27 win over BWAC member Armada.
The Red Raiders had their season come to an end in the opening round of districts, falling to Cass City 14-8.
“This year’s team is a hard working bunch,” said Coach Denny Lester. “We have some kids who can run the ball well, and our defense is a spot we need to improve over a year ago. We need to hold on to the ball, cut down on turnovers and be able to stop teams in the Red Zone. We’re excited to see how we do this season. I’ve got a great bunch of kids.”
In Eight man action, Deckerville takes to the field August 28 th against Kingston. They will go head to head with neighboring Carsonville-Port Sanilac the following week and match up with Marion in Week 3. Other contests included games with Kingston, North Huron, Morrice, Burton Madison, Peck and Dryden.
C-PS had a full slate of football games, beginning with North Huron August 28th. Week 2 is set for a showdown with Deckerville while Morrice and Peck await the Tigers the following two weeks. During the midseason portion of the schedule, Caseville, Kingston and Dryden fill the Tigers’ slate, before they finish the season with North Huron and Waldron.