BY SETH STAPLETON
TSA Sports Writer
SANDUSKY – The majority of the second-annual Thumb Sportswriters Association Boys All-Star Basketball Game was controlled by the East All-Stars.
But in the final minute, the West seized control, rallying for a dramatic 76-73 win in front of a full house at Sandusky High School Friday night.
“It was a great atmosphere tonight,” said an excited West coach Chuck Fabbro, of Vassar. “It was awesome. It’s cool to see this gym filled up because this is such a neat gym.”
To get the victory, Fabbro’s team had to overcome a six-point deficit with 1:25 to go in the fourth. Following a timeout, the West slapped on a tough full-court press that sparked the comeback.
Trailing 71-65, the West’s Curtis Garza, of North Branch, converted a steal into two points. Millington’s Austin LeVan followed that with a steal and bucket to cut the lead to 71-69.
LeVan then hit a three-pointer to trim the lead to 73-72 with under a minute to go. Two LeVan free throws with 20 seconds remaining gave the West a 74-73 advantage.
“We were down four or five with like a minute left and I just feel like I have a killer instinct in me, so I felt like I had to take over,” said LeVan, who was named the game’s MVP.
“LeVan’s such a player, I kept waiting — I figured he was going to do something,” Fabbro said. “Then he kind of had a little flurry there and got us back into it.”
A very exciting fourth was concluded when an East three in the corner, which could have sent the game into overtime, rattled in and out.
“At the end, I was talking to my assistant coach and was like, ‘I want to win this, let’s go,’” Fabbro said. “Last year the East won it, so we wanted to be the first team from the West to win it. That’s what we were pushing for.”
Despite being quiet for most of the game, LeVan saved his best for last. He was named the game’s MVP after scoring 16 points, including 10 in the fourth.
“There were a lot of people that actually deserved it,” LeVan said of the honor. “I did not think I was going to get it with how bad I played, but I played all right in the fourth quarter, we ended up winning and that’s what counts. It was a team effort.”
Other top efforts for the West included Garza with nine points, seven assists and four rebounds, Caro’s Bailey Krueger 10 points and six rebounds and Reese’s Drew Brechtelsbauer eight points and seven rebounds.
“Every one of these kids I’ve coached against,” Fabbro said. “It’s kind of neat. To be able to coach them, it was great.”
Partially lost in the furious fourth quarter comeback by the West was a great finish from the East’s Josh Schelke, of Harbor Beach. Schelke scored all 13 of his points in the second half, including nine points on three triples in the fourth. He also had six rebounds and three assists.
Harbor Beach teammate Dalton Okie finished with 12 points and 10 rebounds in the loss, while Sandusky’s Connor Green led all scorers with 17 points.
Prior to the game, the players put on a show with thrilling three-point and dunk contests.
In the three-point competition, Bad Axe’s Derek Geiger hit 16-of-25 to win it, including splashing eight shots in a row down the stretch to close it out.
Garza, who edged Schelke and LeVan in the finals, won a competitive dunk contest.
“Attendance spiked this year, as were able to nearly fill the lower bowl,” said TSA President Paul Adams. “In all, we drew nearly 150 more people than last year.”
Added Adams, “I feel like after two All-Thumb All-Star Games, we have established this as something the seniors want to be a part of and the fans want to attend. We’re already making plays for next year’s games.” 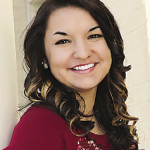