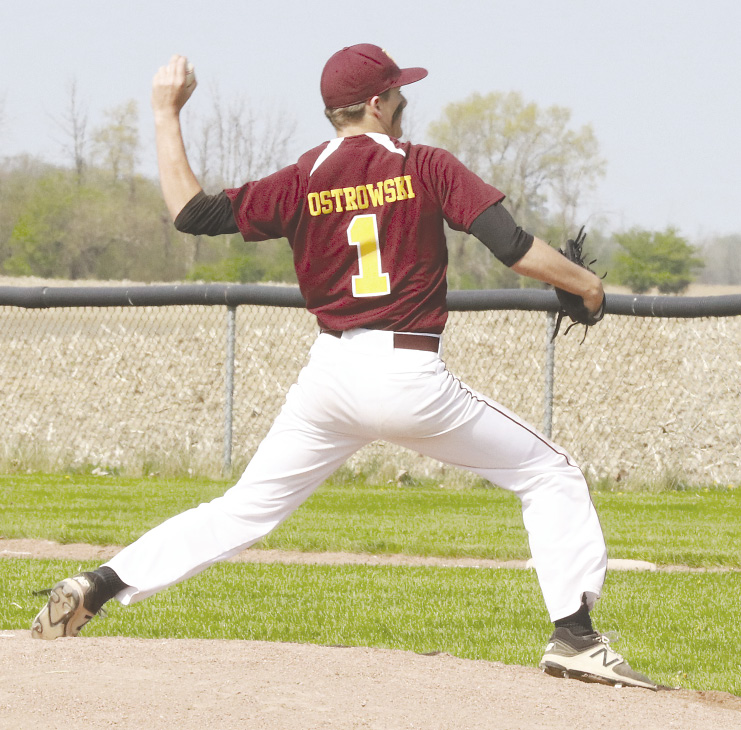 The Deckerville Eagles’ baseball team split a pair of NCTL contests in the past week, splitting games with Mayville by winning the opener 14-0 before dropping game two 6-2. In a twin-bill with North Huron, Deckerville won a thriller 12-10 and dropped the other game to the Warriors 13-4.
In their win over Mayville, Deckerville scored six times in the first inning and piled on seven more in their half of the fourth to roll to the win. Kenton Bowerman paced the winning hitting attack with three hits, scored three runs and drove in two. The Eagles blistered the ball for 12 hits in the game.
Other hits came from Zack Ostrowski who had a pair of hits, two RBI and scored a run, Wyatt Janowiak drove in two runs and Jeff Stone had a hit and knocked in three runs. Ostrowski picked up the win for the Eagles on the mound, striking out eight batters.
In game two, Deckerville gave up three runs in the seventh inning on their way to a league loss. The Eagles led 1-0 after two innings only to see the Wildcats rally for a run in each of the third, fourth and fifth innings. Mayville broke open the close game with their three-run rally. Connor Lamont had two hits for the Eagles.
A seven-run rally by Deckerville in the sixth inning of their win over the Warriors propelled their team to victory. The Eagles led 3-0 after two innings and trailed 5-4 after four innings before making a dramatic comeback. Deckerville pounded out 10 hits in the game, three each by Stone (four RBI), Romzek (two runs) and Janowiak who drove in three runs.
The Deckerville baseball team took a major step towards a league championship last week when they used two outstanding pitching efforts to post back-to-back shutout wins, 2-0 and 4-0 wins over Dryden. The Cardinals came in to the games undefeated in league play while Deckerville had just one loss.
In the opener, Zack Ostrowski turned in a great effort on the mound for the Eagles, checking the Cardinals on just two hits while striking out 13 batters. Deckerville managed just three hits in the game and played small ball to get the win, scoring both runs in the first inning. Eagle hits came from Ostrowski, Wyatt Janowiak and Brendan Kreiner.
Runs were also at a premium in the second game as the Eagles managed just one run in the first inning and three more in their half of the fourth. Kreiner finished the game going 3 for 3 while Ostrowski was 2 for 4 and drove in a run. Isaac Keinath picked up the key win for Deckerville, striking out six and allowing just two hits. 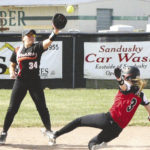 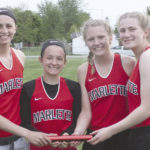