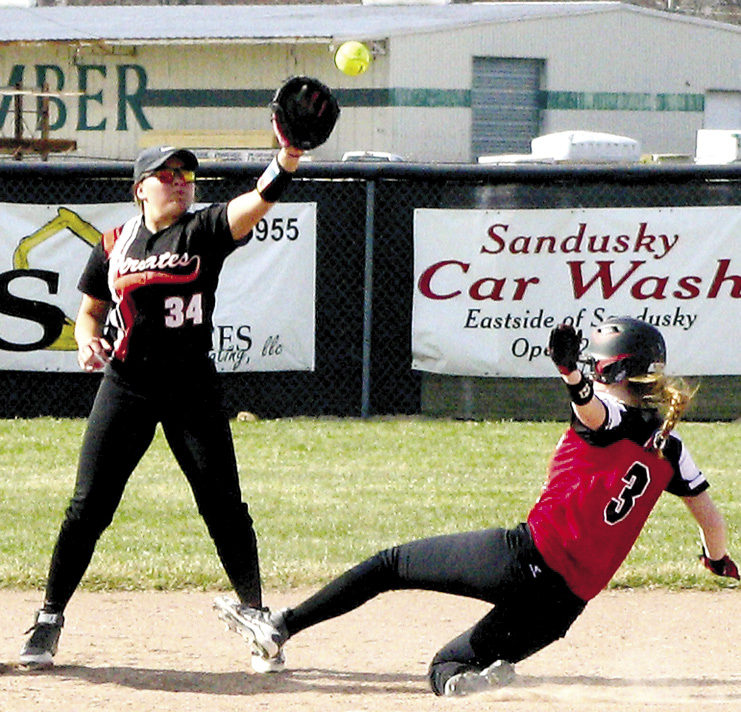 On April 23, the Lady Redskins won a double header on the road against Bad Axe.
The girls won the first game 17-4. Haley Nelson pitched a 2 hitter, striking out 10. They started off strong putting 3 runs across in the first inning, in the second inning they put 6 more runs on the board going through the order.
In the 3rd inning the girls hit the ball hard, but the Bad Axe defense held. In the 4th and 5th inning the ‘Skins added 4 runs each for a total of 17 runs for the game.
Bad Axe got their 2 hits off Haley in the 4th inning and a couple errors by the defense gave them 4 runs.
Hits in game one game from Paige Levitt with 3 singles, Cassidy Albrecht with 2 singles, Kailey Schomaker with 2 singles, Danielle Franzel with a double, and a single each for Callie Jacobson, Haley Nelson, Taylor Calkins, and Madison Winiarski.
In the nightcap, sophomore Olivia Jacobson pitched the 14-1 win, allowing 4 hits in 5 innings, and striking out 7
The Lady ‘Skins started off strong in the first 2 innings putting 10 runs on the board, adding a run in the 3rd and 3 more in the 5th.
Hits in the game came from Haley Nelson with 3 hits, Cassidy Albrecht with 2 hits, Danielle Franzel, Jasmon Kjaer, Alley Patterson, Madison Lamm, Madison Winiarski with a single each.
On April 26, the girls took on the Harbor Beach Pirates, taking both games.
Haley Nelson was the winning pitcher, allowing only one bunt hit and striking out 8 in 6 innings.
Sandusky’s bats got off to a slow start in the first 3 innings, but in the 4th inning they put four timely hits together to put 2 runs on the scoreboard,and in the 6th inning they put 8 runs across the plate to win the first game.
Hits in game one came from Madison Winiarski going 4 for 4 with a double, Danielle Franzel going 3 for 4 with 2 doubles, Paige Levitt 3 for 4, Kailyn Tomichek 2 for 3 with a double and one hit each for Callie Jacobson and Olivia Jacobson.
Olivia Jacobson was the winning pitcher in game two, 21-8, allowing 8 hits and striking out 8.
Sandusky put 18 hits on the board in the second game being led by Junior Madison Winiarski with 3 singles and a double, Junior Taylor Calkins with 2 singles and a homerun, Junior Danielle Franzel with a single and 2 doubles, Sophomore Olivia Jacobson with a single and a double, Seniors Haley Nelson, and Paige Levitt with 2 single each, Juniors Madison Lamm, and Kailey Schomaker with a single each, Senior Callie Jacobson with a single.
Coach Danny Franzel said, “We played pretty good ball this week, getting things on track for the rest of the season, working through some of our injuries, and getting everyone to help make it a great week. The Sandusky ladies are getting the team chemistry on track, using there voices to communicate on defense and there bats are doing the talking on offense. We know the road we have to travel to get where we need to be, and what we need to do to get there and playing as a team is our focus and being there for each other at all times. Our pitchers are trusting the defense to make the plays behind them, and hitting the spots to keep hitters off balance.
The Lady Redskins next league game is Thursday, May 3, at Ubly. 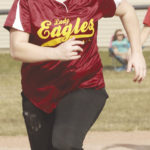 Next Story:
Eagles split with Pirates