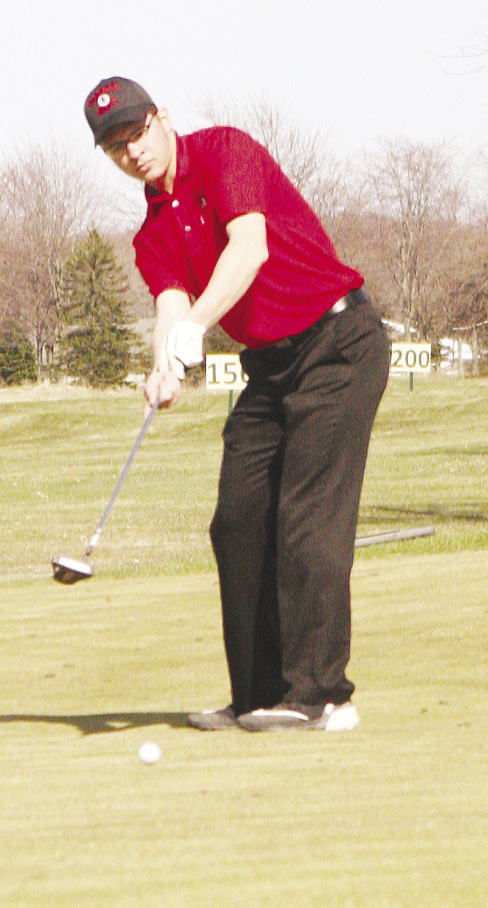 Redskin golfers are heating up after a slow start to the season and added a pair of wins to their record last week. In a home GTC-East match at Woodland Hills with Ubly, Harbor Beach and Brown City, the Sandusky golfers placed three players in the top five and claimed a win, The ‘Skins tallied 180 points, nine strokes ahead of second place Ubly. Brown City was third with a round of 196.
Ubly’s Jake Uhl was medalist with a round of 39 while Brown City’s Mitch Conley was a stroke back at 40. Sandusky’s Ben Jones was third, carding a 42 while teammate Marshal Holt came into the clubhouse with a 44 for fourth place and Ethan Roggenbuck was fifth with a 46. Sandusky golfers Blake Kartanys and Parker Marks tied for eighth with rounds of 48.
Earlier last week, Sandusky took part in a challenging Invitational at Ubly Heights and came away with a well-deserved third place finish. The Yale A team won the tournament with an 18-hole round of 336. Bad Axe shot 359 and the Redskins finished two strokes back at 361, edging out fourth place Laker who scored 362. Yale B capped the scoring with a fifth place score of 365. Holt and Marks shot 87’s for Sandusky, Roggenbuck scored a 91 and Jones had a 96.
The Redskins will return to GTC Jamboree action Thursday when they compete in the Ubly event and then travel to Verona Hills Monday for the Harbor Beach Jamboree. They will host the Sandusky Jamboree May 10. 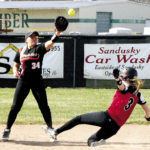