It’s Spring Sports season and that can only mean pone thing, well maybe two. More snow – and cold. Area teams hope to begin their season yet this month with plenty of action scheduled, all depending on weather, of course.
For Sandusky, baseball games with Yale set for Monday were postponed as playing conditions were poor at both locations.
Sandusky girls softball, both JV and varsity were moved to Yale Monday afternoon in hopes of getting in some game time before Spring Break. The Redskins baseball and softball teams have games scheduled with USA (home), at Reese and tournaments at Cass City and Millington before opening league action against Marlette April 19th.
Also on the schedule are key dates with Brown City for both baseball and softball May 10th while both programs will finish the season at home with dates against Vassar and Memphis on May 14th and 16th.
The Sandusky soccer team was set to open the season last week at Armada and had a date at Yale set for March 28th. The Lady Redskins will come off a week long break to open GTC action when they host Harbor Beach April 11th before traveling to Laker April 13th.
Sandusky’s golf team hits the links April 10th when they travel to Yale before playing back to back matches at Holly Meadows against Brown City. The Brown City Jamboree is the first of three consecutive road matches before the Redskins host the league action in a April 26th Jamboree at Woodland Hills.
Boys and girls track and field teams from Sandusky will be at Marlette on Thursday and return from Spring Break with a meet at Brown City on April 10th. The Sandusky thinlcads will have their only home meet of the season when they entertain Peck and Memphis on May 8th.
Of course, all these games and matches are subject to weather. And in Michigan – in the spring, Lord only knows what is coming our way. Good luck to area Athletic Directors who fight the good fight to try and reschedule games in a short window of six or eight weeks.
The Deckerville boys baseball team is scheduled to take to the field on April 9, with a home opener against the CPS Tigers, and then on the road on April 12, to take on All Saints in Bay City. The Lady Eagles will also take on the Tigers on April 9, at home, and be on the road on April 12, against Bay City All Saints.
The boys and girls varsity track team is scheduled for a quad meet in Marlette Thursday, and on April 12, they will travel to North Huron for another quad meet.
The Marlette Raiders baseball team was scheduled to play on Wednesday, at Capac, with their home opening game against Vassar on April 9.
The Lady Raiders were also scheduled for Capac and Vassar.
The Raiders soccer team is scheduled to take to the field on Monday, April 9, at New Life Academy, and away at Caro on April 10.
The varsity boys and girls track teams were on the schedule to host a quad meet on Thursday, and be on the road on April 4, at Bad Axe. 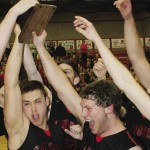 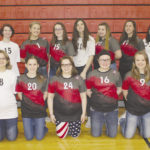