Football playoffs are off to a good start for Deckerville’s varsity team. Last Friday, the boys played Peck in their first game of playoffs. It was a strenuous game, but the boys pulled off another win! Next Friday (November 6th) the boys will travel to Morrice to play their biggest rivals. Morrice is the only team Deckerville has really struggled with this year. The last time they played Morrice they barely lost, but now they are going to come back stronger than ever! Our boys of fall are ready to show Morrice what playing football really means. Good luck boys!
The cross country team also finished playoffs over the weekend. In cross country, everyone goes to regionals. In regionals, you either need a qualifying time or make top fifteen to go as an individual or your team needs to place either first, second, or third to go to states as a team. Regionals for divisions three and four were at Wagner Park last Saturday. Unfortunately, neither the boys or girls teams won as a team but three runners made it individually. Next Saturday, Kylee Colesa, Catherine Sanford, and Stephen Barker will go to Lansing to run in the state meet. Good luck to our runners!
Volleyball’s league season has also come to a close. Last Tuesday, the freshmen, sophomore, and varsity teams all beat Peck for their last league game. This was the last game for junior varsity, but what a way to end their season! From here, varsity will move on to districts. The girls will play against Kingston, in Kingston, at 6:00 p.m., on Tuesday the 3rd, for their first district game. Good luck to our girls volleyball team as well!
Last week marked the beginning of a long process for both juniors and seniors. Seniors celebrated applying to college. Our counselor, Mrs. Olsen has been a great help to juniors and seniors during this process. The juniors are not necessarily applying to colleges, but Mrs. Olsen is strongly encouraging that they start looking at potential schools and looking into careers that interest them. 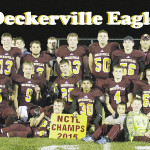 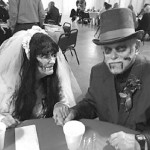