Boat released after being Found near Huron City 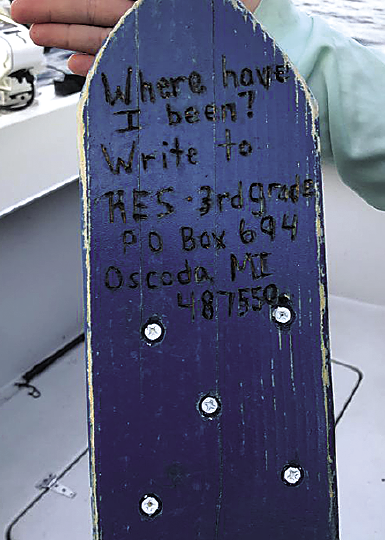 On June 17, as Captain Dan Tracy, of Bluebird Sportfishing, was gassing up his boat in Grindstone City, he was approached by an elderly couple asking for a huge favor. They wondered if he could release something into the lake on his next charter.
The couple had found a small boat on the shore of Huron City that was made by third grade students in Oscoda, MI. Written on the boat was the story of who made the boat, when it was released and if found, please write to them and then release the boat back into the lake.
The students in Oscoda had released the boat on April 4, and over the course of two months it found its way to the tip of the Thumb.
Captain Dan, being the great guy that he is, agreed to the request.
On June 19, he took the boat out on his chartered fishing trip. Dave Christensen and his daughter, Brittany, released the boat. Dan said that it was released in 125 feet of water, four miles north of Lighthouse Park with the wind blowing northeast. 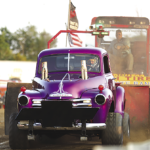 Previous Story:
Goodtimers Step Up and Save Deckerville Homecoming 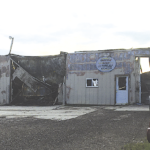