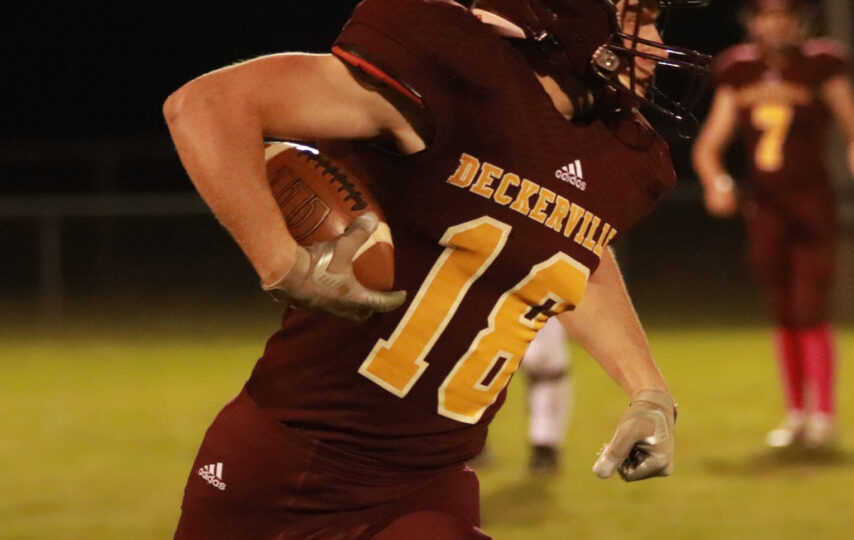 What looked like an easy win for Deckerville , when they were ahead 20-8 at half-time, changed dramatically as the score changed in Peck’s favor at the end of the third, when they led by 4, 24-20. But, the Eagles wanted a play-off game, and at the end of the fourth it was a tie ball game, ending with a 4-time overtime, and a victory for the Deckerville Eagles. The win gave Deckerville what they needed to get into the playoffs, where they will take on Kingston, at Kingston, this Friday night.
The Eagles got on board first, when Hunter Garza connected with Connor Palmer for a 2-yard reception. The pass for the conversion failed. Dylan Ball ran in the second touchdown in the quarter, with a Hunter Garza to Derek Osborne pass for the conversion. The conversion was the only one for Deckerville until the overtime.
The Eagles scored first in the second quarter, with 4:16 left on the clock, on a Dylan Ball 8-yard run. Peck got on board with a little over two minutes left in the quarter, getting their conversion, for a 20-8 Deckerville lead at the half.
The third quarter was fumble after fumble, with Peck scoring twice, with both of their conversions good, for a 24-20 lead.
With just a little over 11 minutes left in the fourth, Deckerville scored on a Dylan Ball 2-yard run. The Pirates scored again, with the conversion good. With just 12 seconds left in the game. Hunter Garza connected with Derek Osborne again, tieing the game, 32-32.
Deckerville had the first opportunity to score in overtime, when Hunter Ball ran in the ball, for a 38-32 score. Peck scored, making it 38-38, and got the ball again, scoring, making it 46-38. Deckerville got the ball, with Hunter Garza connecting with Connor Palmer, and passing to Derek Osborne for the conversion, for a 46-46 Deckerville game. The Eagles got the ball again, scoring on an 8-yard Dylan Ball run, for a 54-46 lead. Peck got the ball scoring 6, with the Eagle defense stopping the conversion. The Eagles got the ball for the final time, scoring on a Hunter Ball 4-yard run, with Hunter Garza running in the conversion for the victory.
Hunter Ball was 51-309, with 6 touchdowns Hunter Garza 4-7, 1 conversion – 2 passing, Kris Kosal 4-22, Parker Merriman 1-4, and Preston Holman 1-2. Receiving for the Eagles, Derek Osborne 4-61, with 1 touchdown and 2 conversions, Kris Kosal 5-48 and Connor Palmer 3-18, with 2 touchdowns.
Hunter Garza was 11-12-127 yards passing, with 2 touchdowns and 2 conversion passes.
Deckerville was 61-324 yards rushing, Peck 54-251. Passing, the Eagles were 11-12-127, with 2 touchdowns, Peck 6-9-70.
The Eagles hope to revenge their earlier loss to Kingston on Friday night for a play-off win. 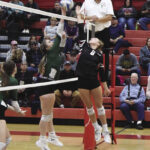 Previous Story:
Sandusky Drops to BC After Early Lead 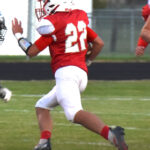