On June 10, at approximately 4:21 a.m., Sanilac Central Dispatch received a report of a home on fire in the 5000 block of N. Decker Rd., Evergreen Township.
Argyle Fire responded and initially advised that the home was vacant, however upon extinguishing the fire, members of the Department located a body inside the home. An MSP Fire Marshall was then requested to assist in the investigation.
Officers on scene were able to identify the deceased male, a 29 year old from the Detroit area. The decedent’s identity is being withheld at this time pending location and notification of next of kin. The cause of death is pending autopsy results.
At this time, the incident is believed to be an isolated incident. Anyone that observed any vehicles or suspicious activity in this area during the early morning hours of June 10 are asked to call the Sanilac County Detective Bureau at (810) 648-8360.
Deputies were assisted on scene by the Argyle Fire Department and MSP Fire Marshall Division. Detroit PD is also assisting in the investigation. 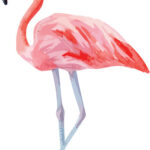