Eagles Back on the Road; Hope to Recover from Loss 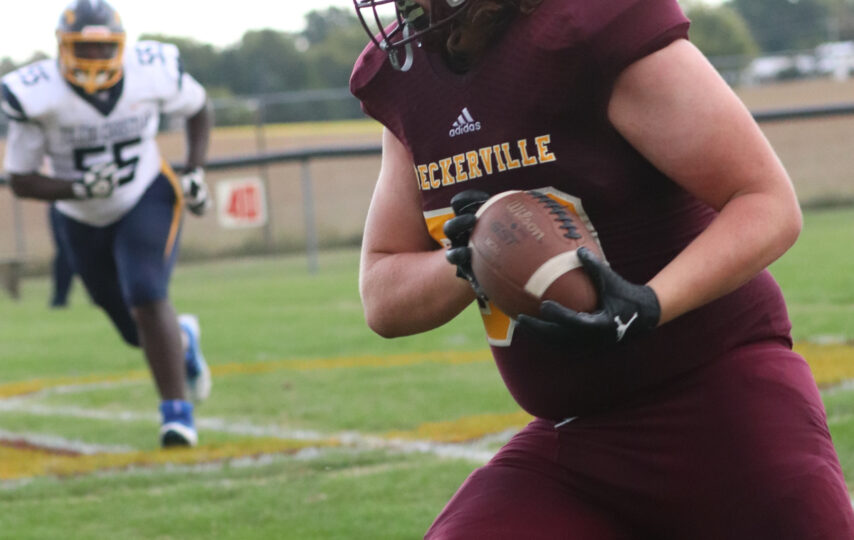 When International Academy of Flint canceled their game (again this season), the Deckerville football team wanted a game, and they got just that, when out-of-state, Toledo Christian School came to play on Saturday. The Toledo team was just a little bigger and faster than the Eagles. The boys played with their hearts, and they can mark it off as a good learning experience, as they took the loss, 8-54.
Toledo scored 22 points in the first, 19 in the second, and 13 in the third. The Eagles lone touchdown came in the last few minutes of the fourth, on a Derek Osborne 1-yard reception and Dylan Ball 2-point conversion.
Both teams had only nine first downs. Deckerville rushed 42-132 yards and Toledo, 18-290.
Quarterback Hunter Garza was 3-11-31 yards passing in the game, with one touchdown and one interception.
Dylan Ball led Deckerville in rushing, 15-56, followed by Peter Lapp, 6-25. Kris Kosal 5-19, Parker Merriman was 4-19, Hunter Garza 7-8, and Corbin Sharbowski 1-5. Receiving, Derek Osborne was 3-31, getting 1 touchdown.
Deckerville will be on the road this Friday, taking on Genesee and will be home for the following three weeks. 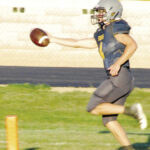