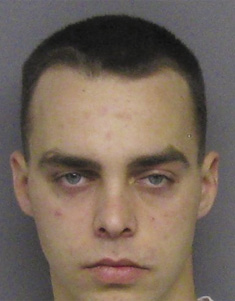 On Tuesday, July 12, the Huron County Sheriff’s Office, with the partnership of the Genesee, Sanilac and Tuscola County Sheriff Offices, along with the Sanilac County Drug Task Force, Bad Axe City Police and FBI, conducted an operation that for the most part targeted those who seek sex from underage children.
With deputies from the Genesee County Sheriff Office’s GHOST Team (Genesee Human Oppression Strike Team) coordinating and directing the sting, as well as technical support from the FBI, tri-county Deputy Sheriffs and Bad Axe Police Officers in a variety of roles ended up arresting and lodging three local men in our jail on felonies related to sex crimes, as well as using a computer in the commission of a crime. The operation was run out of an undisclosed location utilizing internet sex and prostitution sites. The suspects would literally “shop” these sites, then reach out believing they would be communicating and arranging a meeting with an underage sex participant. However, who they were actually reaching out to and communicating and arranging with was GHOST. When the suspects would arrive at the undisclosed location, young Genesee and Huron County Deputy Sheriff decoys were utilized by being visible in order to satisfy suspicions and curiosities of the suspects. All suspects acknowledged their intentions during their after arrest interview, with one admitting to wanting to have sex with an underage male and the other two wanting to have sex with an underage female. Several items of evidence were seized by officers during the operation such as cell phones, cash, vehicles and other things. It should be noted that many of those items are subject to forfeiture. It also needs to be noted that the undisclosed location used was picked randomly and was never a suspected or complained about place for activity of such. In fact, once Sheriff Kelly Hanson made them aware the following day or what had taken place there, they were very supportive of having an indirect role in this sting.
The following afternoon, July 13, the Huron County Prosecutor’s Office formally charged each of the trio with three felony related charges referred to earlier and they were then arraigned. As of July 15, suspect Daniel R. Horetski, age 45 of Port Austin, Kevin A. Manor, age 56 of Sebewaing and Jeremy J. Susalla, age 40 of Ubly, all remain lodged in Huron County Jail needing $500,000 a piece for bond. This investigation will continue.
Further, this operation is the second of a tri-county Sheriff’s Office alliance formed last year after Sanilac County Sheriff Rich invited both Huron and Tuscola counties, along with the Sandusky Police Department to join them with the assistance of Genesee in doing an operation in Sandusky. During that June 2021 sting, then 26-year-old Alexander S, Kundinger of Akron, Michigan was arrested on similar felonies as the recent Huron County suspects were. Plans are now underway for another tri-county operation to happen in the future. Seekers of underage sex victims beware.
Fortunately, this incident did not involve actual teens forcibly being human trafficked for sex. However, all tri-county residents are asked to be on the lookout and report suspicious situations that may indicate such to their local police.
Kelly J. Hanson, Huron County Sheriff; Paul Rich, Sanilac County Sheriff; Christopher R. Swanson, Genesee County Sheriff; David W. Rothe, Bad Axe City Police Chief; Timothy Rutkowski, Huron County Prosecutor; Glen Skrent,Tuscola County Sheriff 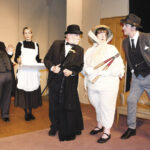 Next Story:
12U Tournament Champions