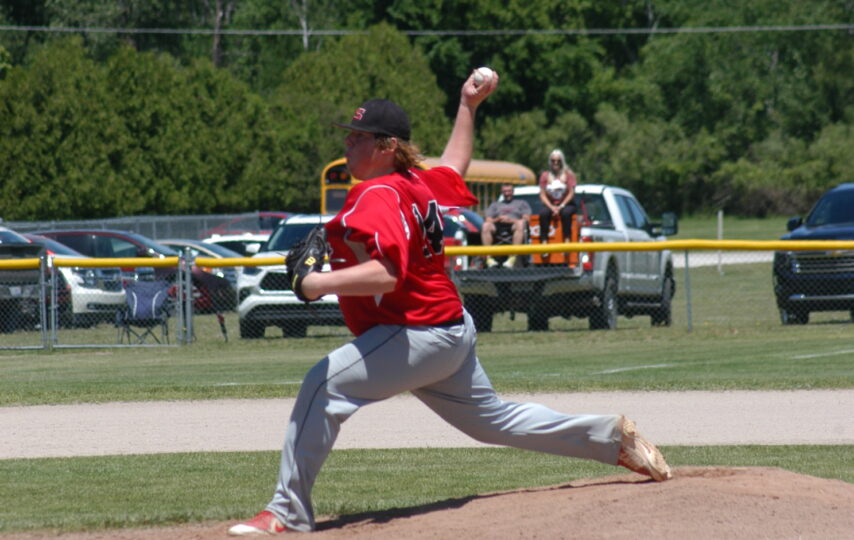 The Sandusky Redskins traveled to Bad Axe last Saturday to take on Cass City in the first round of district play. The Redskins did a good job of keeping the Red Hawks off the board for the first 4 innings. In the bottom of the third Barry Lester brought home John Minard on a base hit to score the first run of the game. Robbie Eschenburg hit one over the head of the center fielder to bring home two more Sandusky runners. Josh Smith brought home one more runner to make it 4-0 at the end of the third. Both teams were held scoreless in the fourth inning before Cass City rallied for three runs in the top of the fifth, capitalizing on two Sandusky errors. Tyler Franzel doubled down the third baseline before Robbie Eschenburg doubled over the head of the right fielder to bring home Franzel. A pinch runner came in from Robbie and promptly stole third base. A wild throw sends the pinch runner home and he gets caught in a pickle before another wild throw hits the pinch runner and he’s able to capitalize and score. Sandusky had the bases loaded with no outs in the fifth when Barry Lester stepped to the plate and blasted a triple to bring home three more runs. Martin Tovar knocks a double to bring home Lester. Sandusky ran the score up to 10-3 by the end of the fifth. Cass City nearly erased the 7 point lead in the sixth inning with a rally of 5 runs to bring the score to 10-8. Cass City was able to score one more run in the seventh but couldn’t catch Sandusky, who held on to win it 10-9. 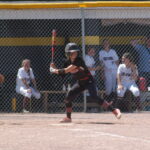 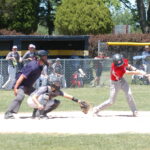