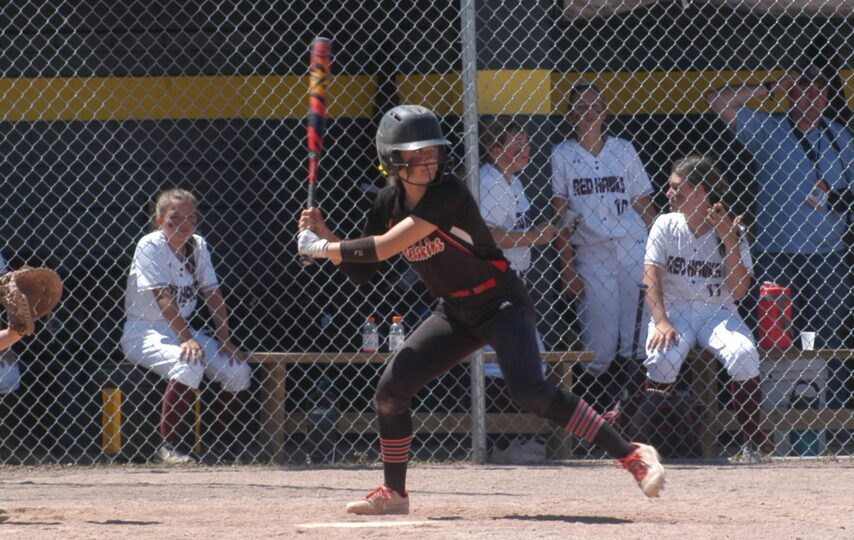 The Sandusky Lady Redskins traveled to Bad Axe to take on the Hatchets last Saturday in the District Semi-Final matchup. Sandusky started out hot with Jenna Steeb leading the bats for the Redskins with 2 hits and 3 RBIs. Dez Bender added 2 hits and Adele Kaufman added two RBIs. Sandusky’s Izzy Drabant pitched a shutout with 12 K’s. Sandusky took the win 6-0.
Sandusky squared off against Cass City for the District championship and both teams traded blows early. Cass City got on the board first with a 1-0 lead before Sandusky answered back with 3 runs of their own to take the lead 3-1 after the first inning. Morgan Taege sends two base runners home on a shot down the third baseline. Sandusky lead it 5-1 at the top of the third. Cass City tied it up in the top of the fourth before scoring the go ahead run to take the final lead change of the game. Cass City rallied for another run in the fifth to bring the score to 7-5. Things started to get out of hand as the Red Hawks racked up base hit after base hit to bring the score to 14-5. The Lady Redskins had one more at bat to eat away at a 9 run Cass City lead. The Sandusky girls rallied for 3 runs in final inning to shrink the lead but couldn’t quite catch the Red Hawks. The Sandusky bats were led by Izzy Drabant who hit one out of the park and notched two RBIs. Abby Trepkowski tallied 3 hits and Tori Viscogliosi had 2 hits and an RBI. Adele Kaufman added 2 hits and an RBI in the loss. The Sandusky Lady Redskins finish the season with a League championship and District runner up honors. 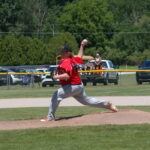