Sherry A. Burton Presents: “History of the Orphan Trains” in Marlette

Sherry A. Burton was in Marlette last Thursday and presented the History of the Orphan Trains, sponsored by the Marlette Historical Society, and endorsed by the National Orphan Train Complex.
Sherry spoke about the 250,000 orphans that were placed into homes from 1854 to 1929. The first orphan train ran in September of 1854, and brought orphans to Michigan. Sherry has received the Charles Loring Brace Award for her Orphan Train Series.
Sherry will be at the Sandusky District Library on September 20, at 1:00 p.m., sponsored by the Sanilac Genealogical society. 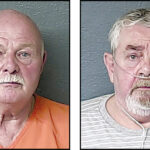